1. Remove all kinds of tattoo.

Q-switching, sometimes known as giant pulse formation, is a technique by which a laser can be

made to produce a pulsed output beam. The technique allows the production of light pulses with

extremely high (gigawatt) peak power, much higher than would be produced by the same laser if

it were operating in a continuous wave(constant output) mode. Compared to modelocking, another

much higher pulse energies, and much longer pulse durations. The two techniques are sometimes 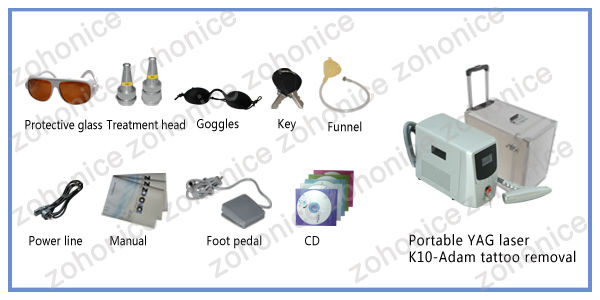 will absorb the powerful laser energy,part of them will break up into tiny particles and come out of epidermis at once,the others will be licked up by macrophage,then be eliminated from body as the metabolish.then pigments become ligther and lighter till be fully removed.